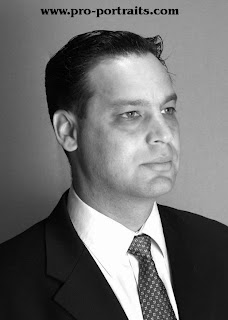 
Barcelona is a coastal labyrinth city of walls meant to confuse and attack invaders. When they were invaded they would simply lock up and remove the street signs and get ready to dump hot oil on lost intruders.

It had taken me quite a while to find the squat in the dark. There was a password at the door, luckily I was provided with that, before I left New Orleans, along with a map on how to get there.

The squat was inhabited by Anarchist Punks and Skins.

In Europe, Skin Heads can have a variety of views, not like in the states where we have either The Working Class Skins Or the infamous Neo-Nazi skins. For instance the Socialist Skin Heads of Europe are sometimes called "Red Skins" (I thought that was funny when I heard it).

Most of the ones I came into contact with had at least a half an inch of hair.

Anyway, these folks weren't racists, in fact quite the opposite, every race was represented there.

But they had no electricity and no running water. That, had to be collected from the old ornate fountains found around town.

When I got there, there was an interview process to make sure I wasn't an undesirable, needless to say the bar wasn't set too high so I passed. They were a little worried I wasn't going to do the community chores like collecting water or gathering food thrown out by the shops (they called this collecting, "recycling," but we here in the states call it dumpster diving).

They were worried, because I was considered a capitalist due to my being a busker.

Huh, imagine that, my whole life as a busker in the states, I have always been accused of not, being bourgeois enough!

The "toilets" amounted to a hole in the bathroom with a foot print engraved on each side of the hole.

There was old broken antique furniture and knick-knacks furnishing the place. In the living room there was a large round coffee table, called The Communal Table, anything left on that table was up for grabs.

The first month I stayed there, I noticed a guy everyday always sleeping in a dark corner of the living room, always face to the wall. He never moved or made a sound.

One day we were all talking in the living room and I was telling them about New Orleans when I heard the guy laying by the wall say something, It was a relief to know he was alive, but strangely it sounded like my friend Raffy (the street violinist of New Orleans).

Then he said something else, and I said, Raffy?! Is that you?

In response he sat up and said, "Yeah it's me Jimmy, is that you?"

I said, Yeah, what are doing Barcelona? And why do you have a beard?

He said, "I haven't showered in three months."

He said that, all bearded up, and proud, and grinning, bobbing his head back and forth.

He said, "The stink goes away after a couple of months, and then you don't stink no more."

I said, yeah I know.

Posted by Jimmy Talksalot at 3:04 PM