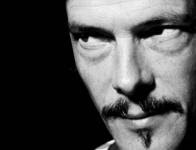 i have here an artical before me, that my friend ERIC EVANS wrote awhile back on an old forum we used to frequent.

he got his head ripped off for writing it....so you know it's probably good.

they hated it because it talked about the motivations of why people go to the street to work.

some of the readers there hated it because he didn't put money first and further stated that talent was judged on more then income.

i thought it so relevant that i should post it here.

here's the artical by Eric Evans;
it's titled;


I guess I need to spell something out…
(The reasons are simple, and not what they might at first appear to be).

I’ve been working the streets for years and years and over that time I’ve seen all sorts of people come and go. Used to, I’d see all kinds of performers who were driven there from sheer desire to perform, and the ones who were good at it made money. The ones who weren’t that good at it didn’t make all that much, but they were still doing what they loved – performing.

Then David Blaine hit it big.

David Groves was one of the guys who decided to cash in on it by writing a book. Now I’ve only read David’s book once, but aside from some good advice from other guys, mostly what I remember (besides the slick, professional packaging) is him promising the reader tens of thousand’s of dollars every other week, financial bliss, if one were to “be a Street Magician!” It was a pretty good book, other than that. At least David “interviewed” some good guys.

I was one of those who were driven to the street to perform. Not because I couldn’t find anywhere else but because that is the place where the purest, most beautiful performances can be had. What constitutes “pure”?

In 1991 I was performing walkaround in the penthouse of a hotel in downtown Dallas, one might say a real sweet gig – making roughly 500 dollars for a couple/few hours work. As I was performing I felt couldn’t escape a feeling like I was some kind of “pet”, like someone’s prize poodle. It didn’t feel right and for once I saw clearly why. Working in a hip restaurant two nights a week and taking other work on the side had left me feeling burned out. My magic was going nowhere as I was loosing touch with what had brought me to that point, my love for magic. It was it was during that time that I met Cellini. I had decided to work the street in Dallas, a couple of friends worked there, and while I now felt like it was somewhat “beneath” me at this step in my development – it turned out to be the best move I ever made. For it was there that I met Cellini.

Cellini was buoyed by freedom. His magic was unencumbered by social propriety and convention. I was so blown away by his example that a month later I hit the road and decided to make the Street my home too.

Over the years things have changed drastically as to the world of Street Performing in general and Street Magic in particular.

Now, literally everywhere I go, I see performers, who instead of perfecting shows and their own ability to express themselves in their own way and time, make shows that push the idea in their audiences head that they should give them lots of money. Their show becomes a medium for selling an idea, one simple idea, that their audience owes them something. One long commercial, and sure commercials can be funny and entertaining, but they’re just commercials. And like commercials, how much money they generate is the bottom line, the single most important consideration.

And make it they will.

Their good because they make the money, they’re defined by it. Sure they have some tricks up their sleeve, there’s has to be some entertainment value there upon which to hang the notion that their audience pay them big for it.

Watch them closely and you can see them grab their audiences by the proverbial throat and demand payment. And if you can’t see it, keep looking because it’s there to be uncovered and as a magician, as a real magician, you should know about these things, see them for what they are.

You see I went to the street because that was the one place I could find families. Families are my target. Nothing in this world means more to me than creating smiles on their faces and laughter in their hearts from magic. Now maybe I don’t make thousands upon thousands of dollars every week, but those guys that do, can’t necessarily do that.

I guess maybe they’ve never seen those smiles or don’t know how valuable they are.

Unfortunately, most people don’t recognize the value of that ability to create those smiles, at least not immediately. And one day soon, maybe I’ll learn the perfect way to communicate what they’re worth, but until that day comes, I won’t allow my show to become a commercial. There’s nothing magical about a commercial.
Posted by Jimmy Talksalot at 12:34 AM